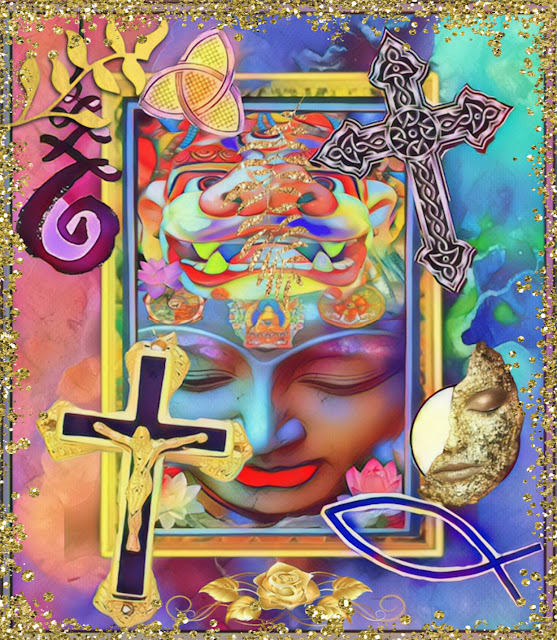 From an early age, I always felt the presence of a Higher Power that made me feel special and safe.  Even though there was never any talk of spiritual matters at home, nor did we attend church or other religious functions, my faith was a part of me. The only divine intervention in Apartment 4F in the Bronx was corporal punishment which put the fear of God in you.

Of late, I've been struggling with the demons of my past life as an addict and pathetic human being. These feelings of despair were brought on by a few situations in my life—one being a project my wife and I undertook in hopes of helping addicts, parents, and significant others of those suffering from addiction.

In June, 2020, Ami and I began a video series, "Three Dog Nightmare Revisited," which consisted of reading chapters from my book in conjunction with contributing candid conversation on the content of the chapter being read. Casually taking on this endeavor has reopened deep wounds that had long since faded away! How could I have forgotten the two years it took me to recover from writing Three Dog Nightmare (TDN) in the first place? I honestly feel the waiter has come with the check, AGAIN, in the form of an intimate Karma brought on by shame.

It is my sincere wish that you may find something helpful from my book! At this time, I find it personally humiliating, unconscionable, pathetic, and grossly offensive to have been capable of the acts described in TDN especially since I walked away clean and sober with so many more chances for a new life than anyone should expect, while others live with my bad choices! I'm writing this as a first step in my recovery from the shame and disdain I have for myself! The ultimate goal being acceptance and a pathway to forgiveness.

The philosophy of Buddhism related to Karma and certain Christian principles are similar in that it is believed one’s actions determine their life in the hereafter!

KARMA—Action, seen as bringing upon one’s self-inevitable results. The sum of a person's actions in this state of existence viewed as deciding their fate in previous, current, and future existences.

Karma is not an external force, not a system of punishment or reward dealt out by God The concept is more accurately understood as a natural law similar to gravity. You do bad things. You get bad things. You do admirable things. You receive the same.

YOU REAP WHAT YOU SOW...

Reaping and sowing are essentially about blessings and consequences—accountability for one’s actions! The Holy Bible teaches grace. Grace is where you get what you don't deserve. Grace is unmerited favor. It is love and mercy bestowed upon us by God because God desires us to have it.

“Cheap grace means grace sold on the market like cheapjacks’ wares. The sacraments, the forgiveness of sin, and the consolations of religion are thrown away at cut prices. Grace is represented as the Church's inexhaustible treasury, from which she showers blessings with generous hands, without asking questions or fixing limits. Grace without price; grace without cost! The essence of grace, we suppose, is that the account has been paid in advance; and, because it has been paid, everything can be had for nothing. Since the cost was infinite, the possibilities of using and spending are infinite. What would grace be if it were not cheap…”

NOTE: This theory of “Cheap Grace” is coined in the book, The Cost of Discipleship, written by Dietrich Bonhoeffer, a German theologian who is considered a classic of Christian thought.

Much religious doctrine is based on the fear of retribution and the Wrath of God—righteous judgment against sinful humanity, which has been a motivating factor in promoting a spiritual life, the fear of Hell, and eternal damnation. God's desire is that all be saved (1 Timothy 2:4, 2 Peter 3:9), but those who refuse will suffer the consequences of that refusal.

Grace is the Hebrew word chanan, or the Greek word charis, meaning "the state of kindness and favor toward someone, often with a focus on a benefit given to the object." (Strong's Greek 5485.) The Grace of God is employed in various forms of religious-inspired rituals with the goal being absolution, utilizing penance, and repenting which has also proven to be a powerful attraction to Christianity. Sadly, it would not shock me to hear that much of the younger generation sees the latter as Voodoo, or hypercritical nonsense. Nor would it surprise me if some Sunday, one-day worshippers utilize the ease of absolution as a “Get Out of Hell FREE Card!” as if absolution was a divine hall pass, enabling you to continue on whatever path you have chosen with impunity.

Most Christians address their sins by asking for God’s forgiveness for He is the ultimate judge! However, our actions on this plane are consistently judged by others, despite God being the ultimate judge, so asking only for God’s forgiveness and not making amends to those we have injured, lied to, stolen from, cheated on, or abused emotionally, mentally, and physically, doesn't seem as significant as making amends to those we have harmed.

On September 17, 1991, while in Cri-Help Recovery Center, I was struck clean and sober by a loving and forgiving God. I began striving for balance in all things in my life despite the difficulties and my many failures in doing so. I found myself adapting to spiritual and religious principles that best suited my belief of God’s will on my journey with Him—a God of my understanding! 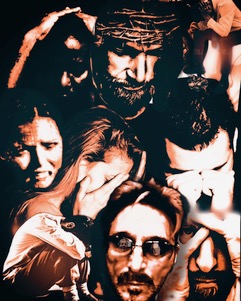 UNCONSCIOUS SELF-IMPOSED INTIMATE KARMA—An unsought involuntary act of self-reflection evaluating your life and worth as a human being. A Karmic encounter caused by one's subconscious coming to light.

This intimate Karma will be difficult for those lacking in faith, humility, as well as the desire and/or tools in making amends. Those with sociopathic tendencies and others who simply don't care who they've harmed CAN GO TO HELL! Those who have Ignored the ethical and moral principles throughout their lives, those meant to control our actions, may be exposed to distressing episodes of conscious and reflection. I certainly was!

AMENDS—An amendment, a transformation from your previous, unacceptable behavior to that of an honorable person! This is much more than an apology. It’s a commitment to change!

Acceptance that a moral and spiritual debt is owed in the form of amends for the damaging deeds others have endured on our behalf is paramount in one’s pursuit of God’s Grace and good Karma! The Cowardly usually balk at the previous suggestions for courage isn't their strong suit, however, if these timid souls see how asking for forgiveness and making amends will benefit them, sincere amends might be made!

The act of making amends is not just meant to simply help you clear your conscience so you feel better, and definitely not to further injure those you have already infringed upon. (A crude example: You should tell the person you stole a watch from and return it to them, but you would never inform them if you had an affair with their spouse for that would be devastating to both families and perhaps cause irreparable harm.) Once you have asked for God’s Grace your Amendment would be to cease being a thief and an adulterer!

When our self-will assumes control, God becomes a distant memory for we are now the ultimate judge! WE are all things, driving the bus WITHOUT A LICENSE nor the skills to navigate through the bad roads ahead! Hopefully, we will encounter a willingness to be accountable for our weaknesses and embrace our strengths for the rings on the tree that you and your first-love carved a heart in are many now, as are the wrinkles on your face! If we allow God in our consciousness, we will be guided to a better existence. Life as God planned it!

Forgive and ask to be forgiven!

Tell those who need to hear you say

Pray for guidance and it will come and...

YOUR KARMA WILL BE GROOVY MAN! 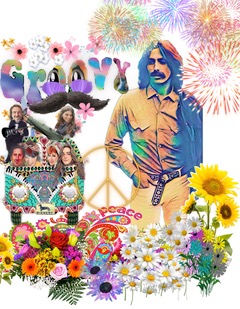 Most of my contribution to this piece was stimulated and gathered from reading The Big Book for Alcoholics Anonymous and The Narcotics Anonymous Basic Text.