When....Did We Stop Listening to Each Other?

When…Did We Stop Listening to Each Other? 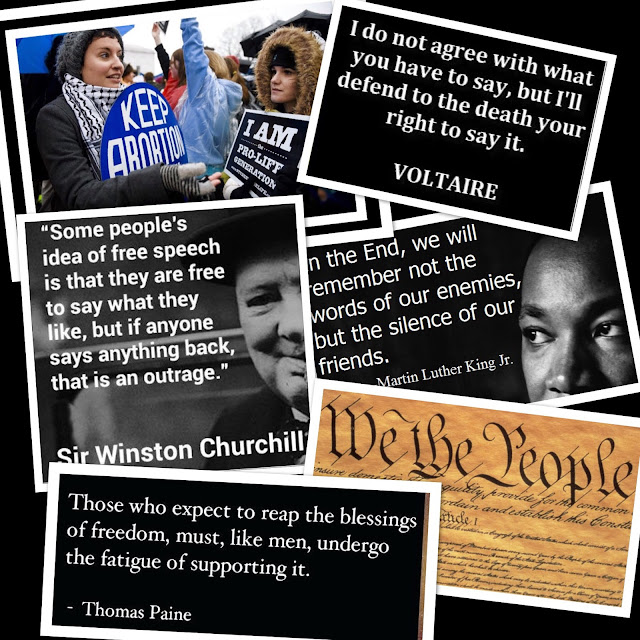 The following was conceived and refined at the time, place, and generation I was born into—a time where morality, ethics, fairness, common sense, compromise, and goodwill towards all were important.

“Relating to, or connected with a political party, seeking power in the government.
More concerned about winning favor or retaining power then maintaining principles.”

This is not a political piece, although it will appear so to many! In fact, it concerns common sense and decency for they seem to be in short supply. I've never seen so many people so easily manipulated and used for other’s agendas and gains! We must truly understand kindness is a requirement and a necessity if we are to see the forest through the trees and make decisions that are based on our truth and reality, not those of partisan groups.

When did the ability of Americans to communicate with each other become awkward and frequently confrontational?


When did one point of view become more important than another?

When did the indiscriminate use of demeaning, defaming, slanderous allegations, and hateful rhetoric directed at those we disagree with become the norm?

How have harmful and unwarranted calls of bigotry, racism, homophobia, Islamophobia, misogyny, sexism, or any other of a cornucopia of unsavory remarks we hurl at one another become acceptable and commonplace?

Could it have begun when truth and facts got in the way of winning? Or when open-minded dialogue was no longer expedient, nor prudent, for those not interested in honesty and fair appraisal of issues, but only in stopping anyone who threatened their agenda? How can we thrive and move forward as a society with neither civility nor respect for one another? How can it be that in the land of milk and honey, the home of the free and the brave, that it's politically incorrect to question the veracity and actions of certain religious groups, yet it is acceptable, and possibly fashionable, to ridicule Christians for their beliefs?

When did the media begin allowing morally repugnant behavior from some politicians, yet insist on destroying others for the same allegations in the face of all rational explanations and facts to the contrary? When did the Right Of Choice morph into the loss of rights for all unborn children? The only rights that are considered are given exclusively to the individual responsible for its well-being. 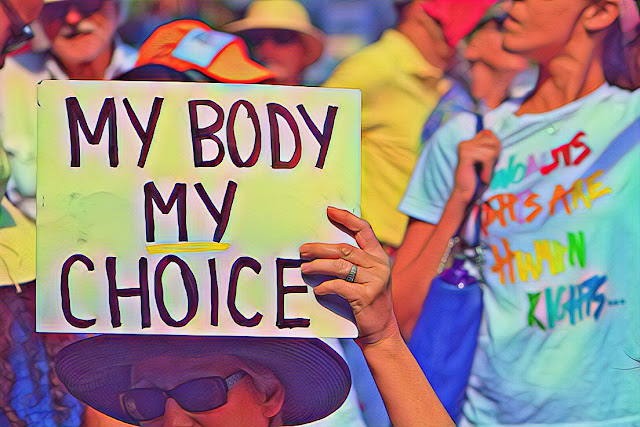 This sign is in keeping with the cavalier attitude that now prevails.
How is it possible in our civilized society that our most vulnerable have minimal protection under the law? Why hasn't there been a meaningful conversation from the Church and other spiritually-based groups in hopes of opening a dialogue addressing options so we can curtail the epidemic of late-term abortions and give hope to those who desperately want to adopt? Why do the spiritual leaders of all denominations cower or turn their back on this issue, ignoring the teachings and their commitment to a Higher Power in lieu of supporting a political ideology simply by their silence?

I have seen no courage, nor character, from the most renowned religious leaders who are expected to guide their constituents. Instead, they equivocate and leave their flock floundering between political hyperbole and their religious beliefs for this is the new catechism.

The Church shamefully focuses their energy on protecting criminal predators within their ranks, moving them from one crime scene to another, allowing them to continue the rape and emotional slaughter of innocent children. Neither guilt nor shame has a place within the hierarchy of the Church for that reality is only assigned to their parishioners.

Perhaps we have lost our moral compass by supporting biased dogma void of balance or common sense. The life or death of an unborn child is now taken with a grain of salt because the law allows it. Are we being played, even used, by those who aren't actually concerned with the Right of Choice, but see it's value in getting votes? Working towards something more sensible and humane will never happen unless politics gets removed from the equation.

The fact that we, as a society, allow virtually thousands of unchecked abortion clinics that arguably perpetuate murder of unborn babies year in and year out is appalling. Again, no common sense, nor balance for sanity, has been replaced by ideology, physical and verbal assault on dissenters, or whatever the latest lemmings are willing to do to create anarchy in their pursuit of winning.

Institutions Of Life--An Opportunity for the Unborn Child!

Abortion is necessary and the Right of Choice for all women is the law of the land, but we must give them more choices. At this point in our countries’ abortion history, it feels more like slaughter than the Right to Choose.

I choose to believe there are people who would prefer alternative solutions for unwanted pregnancies. I hear politicians speaking out of the side of their neck about the American way of compassion and love for all creeds, colors, and ethnicity when it suits their agenda, but zero compassion for the life of an unborn child.

Terminating a pregnancy simply because the fetus is not the sex you desire is pathetic and a testament to the cavalier attitude that prevails since abortion became big business and, therefore, morally sound. Capitalists do not recognize good or evil, right or wrong, they only care about the bottom line—PROFIT! Doctors who perform late-term abortions--those delivering live healthy babies only to murder them--are more prevalent than you can imagine.

Morality is a joke to stockholders in a civilization that minimizes, marginalizes, and negates the rights of its most vulnerable,
and that is abomination!

As long as politicians see this "hot-button" issue as a vote-getting magnet, they do not care how many babies are terminated.

Strengthening existing adoption programs to make it possible for pregnant women to utilize another option other than abortion would seem an avenue to pursue.

These facilities would also be dedicated to fulfilling the dreams of families who desperately want to adopt. An attempt to make this alternative the norm is a matter of life and death!

Options are the American way and that which Capitalism thrives on, yet even Google limits most rational conversations concerning alternatives to abortion. When I googled "Options To Abortion," most of what came up was a slew of abortion facilities and abortion information. Their bias is showing and it virtually stifles all other information, but abortion! They have their hands on the scale. More political crap is the very reason monopolies are not permitted.

My generation wanted more than their parents worked so hard to achieve. We viewed life differently than mom and dad and, due to our parents’ sacrifices, we were able to have loftier goals and bigger dreams.

When will the next generation of youth not accept the moral, social, and political climate they have inherited, but instead pursue the reason and meaning of our Constitution? When will they truly understand the importance of Due Process, the First Amendment, and all 27 of the ratified Constitutional Amendments? People should not abide politicians who lie, cheat, and eliminate options for people of faith, color, the poor, the young, and uneducated who have no realistic option for an unwanted pregnancy except abortion.

Politically-motivated groups hijack important issues maneuvering these topics into perpetual conflicts of good and evil, of right and wrong, by hustling you. They will sell you the Brooklyn Bridge over and over again for they see you as imbecilic sheep who will believe the lie that if you give an inch, you'll lose all you have achieved.

Wake up! You're being punked! You are being manipulated to ensure you remain engaged in confrontation for if we're fighting, there is no peace, no common ground.

If we are incapable of finding common ground regarding the existence of life whence life exists, we will then be rendered powerless to insure the sanctity of said lives.

Let's not illuminate this possibility!

Some of my children and children's children were born under harrowing circumstances, but I cannot imagine life without them! 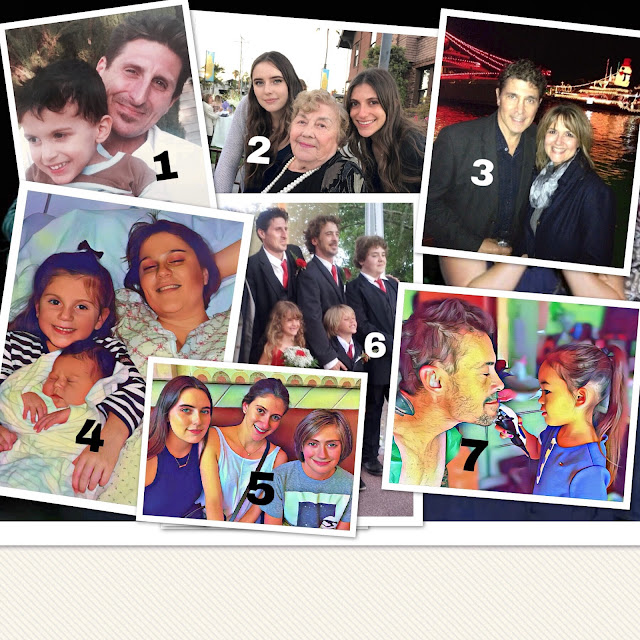