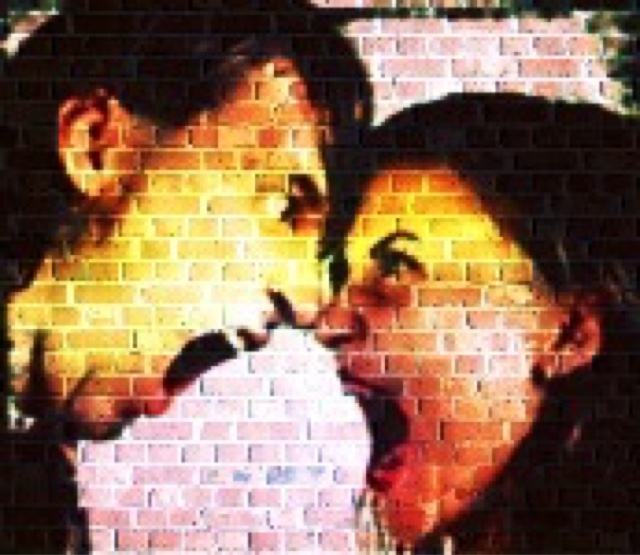 Like most Americans, I have been drawn into this political year. I have found myself fascinated with this drama worthy of an Emmy for "Soap Opera of the Year."

Most characters in this poorly written saga equally dispatched the sleaze. One of the more charming components of this street fight to the presidency is that one of the combatants is directing their assault and insults at their own party, which is now referring to him, their presumptive nominee, as unfit for office. The flip side of that coin, which is a lead penny, could very well be indicted for one of many investigations and charges by the FBI and the United States government for illegal activities.

You can almost visualize the sulking and grumblings crescendoing into a scream affixed to a temper tantrum.

"It's my turn!...THEY promised I would be Queen!...I WANNA BE THE FIRST WOMAN PRESIDENT!"

Another alluring aspect of this political race is the number of entertainers embracing the process by articulating their preferences whenever possible. I find it intriguing, yet provocative, that most of these celebrities seem to all vote for the same people. I cannot imagine how this phenomenon has eluded me. Now that I am aware of luminaries using the forums celebrity affords them, I am engrossed and hanging on their every word. Unfortunately, these theatrical lemmings appear to be reading from the same script!

Surprisingly, I recently found myself experiencing some uncomfortability listening to the aforementioned, high profile individuals expressing what appeared to be intolerant, PC-driven views and opinions. Of course, WE THE PEOPLE are encouraged to take advantage of our First Amendment--our right to free speech--by verbalizing and/or writing about our thoughts and convictions. Furthermore, no one should be penalized because of their occupation.

Since the average citizen does not have the opportunity to avail themselves of the media--vis-à-vis radio, TV, movies, newspapers, or online press--it might become tedious being exposed to a cornucopia of close-minded, disingenuous celebrities whose speech vigorously insults anyone who has a differing point of view. In some instances, what fascinated me was the aggressive manner in which these curiosities addressed those who had the temerity not to understand how pitiful they are not to grasp the political subtleties these prominent prodigies instinctively know and, if adhered to, would guarantee that life would be peachy keen!

I was genuinely unaware I had an opinion one way or the other concerning people using their prestige to further their political agenda until I observed what I perceived as bullying. Since I have always been a bully interloper, leading to several altercations during my life, I was put off by their swaggering arrogance, as if God had ordained their quest, inevitably altering the tone of the mantra they are disseminating to one that is opinionated and obtuse.

As an observer of people, I find it fascinating when those whose livelihood requires that the general public admire, respect, and, more importantly, like them, reveal how entitled and narcissistic they can be when politics are involved, not to mention the disdain they harbor for the God-fearing, gun-toting faction of their fan base.

It is my belief with the coming elections developing into a vulgar battle of incivility that careers will be affected to such a degree that these people of fables will expose themselves as zealots--with no flexibility nor desire to understand any other doctrine but their own.

It is a precarious, high wire act for anyone who is passionate about their beliefs to disseminate heartfelt issues with balance and candor in lieu of shouting down or astutely disparaging those who are not like-minded. Walking a wire without a pole, relying on an over-inflated sense of self as your safety net, might not go well.

If we as a society are unable to allow an opposing point of view an opportunity to discuss their convictions, we are also excluding any civil discussion conveying our ideology. Where there is no dialogue, no respect nor tolerance, ignorance and contempt thrive and learning is suffocated.

With that in mind, I will share my views and opinions within the stories I have written, both factual and fiction, in hopes of not being judged as harshly as I have judged you.