…Come back after decades away? 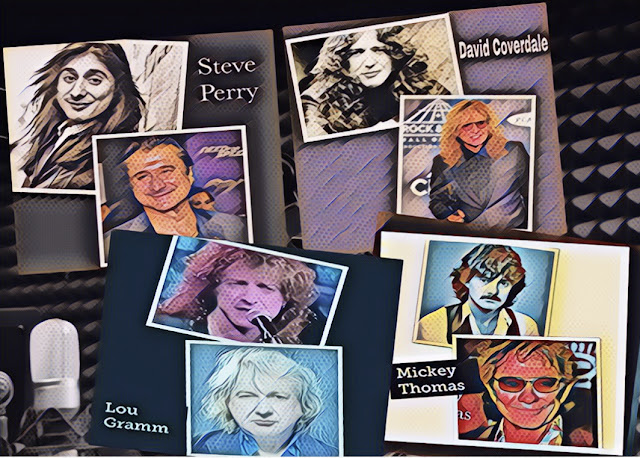 I will address my take on these questions and some personal observations concerning singing and singers.

Athletes blessed with special abilities and gifts far beyond their peers usually compete until either injury or age requires them to accept the inevitable--that their extraordinary gift has withered with time.

Generally speaking, they make the most of the advantages they were blessed with by working hard, by dedicating their lives to becoming and remaining the best; however, when the body can no longer accommodate a request from the brain, they either retire or participate at a lower level of ability.

Often A Moment in Time Is Exactly That! 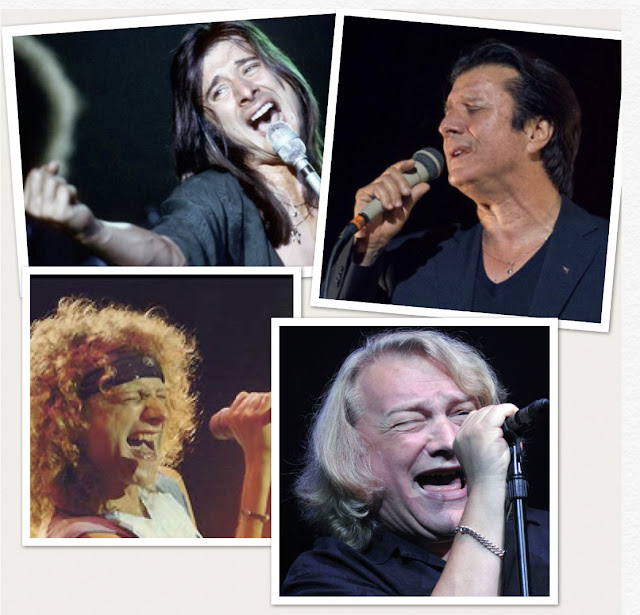 The voice is the most primal of all instruments. It's also among the most technically advanced, but not utilizing it will diminish its abilities. Like any other muscle, you use it or lose it!

A word that is often misunderstood and used incorrectly concerning vocalists is “range”—meaning the distance between your highest and lowest notes. Pure tenors sing in high registers, but do not necessarily have great range. High tenors can jump up an octave during a song giving the impression the vocalist has great range for it sounds so dramatic in the higher register, but one octave does not equate to excellent range.

Great singers with range will offer more than that one attribute. They will offer power and finesse when utilizing:

All of the above will work if you’re believable. Instead of sounding schooled or trained, you are real and relatable.

A great deal of the character, richness, and depth of a voice does not come from the vocal cords, but from the resonating chambers in the head, the curve of the palate, and the shape of the nose. This internal topography not only helps define the sound of each voice, but is also a reason individuals and cultures have their own unique, varying sounds.

In the world of music, many great athletic vocalists have attempted to return to the years of gold and platinum dreams after their initial success. Some of these singers once possessed power, skill, and the ability to showcase their vocal gymnastics so I refer to them as athletes.

Notwithstanding is the fact that singers who choose to perform again after years away will confront having to adjust their musical sensibilities, for they may reflect a dated style; however, most artists can adjust to current themes and musical trends if they so desire. The question remains:

Can their voices remain pure and sound good enough for their liking?

Can they establish a new fan base while stimulating their old fans?

Do they have enough fight left in them for this emotional,
and physically arduous, undertaking?

I've chosen the following singers for my hypothesis: Mickey Thomas, Lou Gramm, David Coverdale, and Steve Perry. They share similar, yet distinctive vocal abilities, but have different paths in the world of pop and rock vocalists. 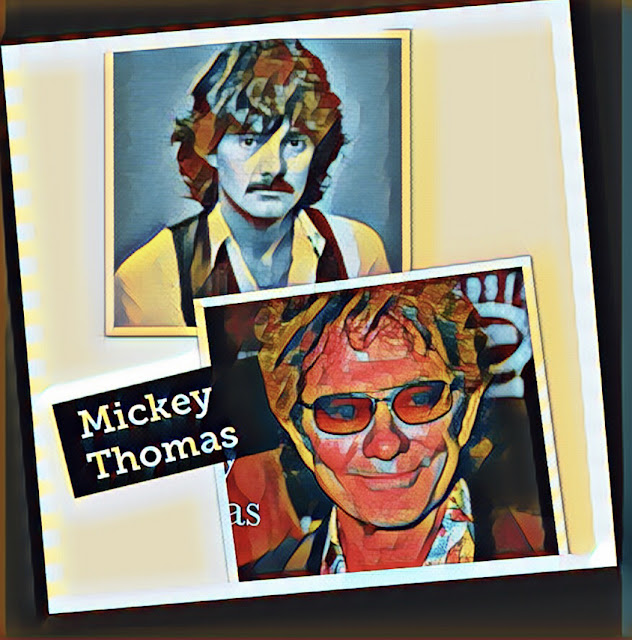 At 68-years-old, Mickey has consistently worked for decades after his initial success with Elvin Bishop in 1975 with "Fooled Around & Fell in Love" and again in the 1980s and 90s with Starship reaching the top of the Billboard charts three times with “We Built This City,” “Nothing’s Gonna Stop Us Now," and "Sara."  He still sings in the same keys in which he originally recorded these songs. Most tenors can't perform the number of shows Mickey does without putting their voice in jeopardy. His resilience and consistency only add to his greatness. In my opinion, the only ingredient missing from Mickey Thomas having another Number One record is the right song!

In the best possible sense, Mickey Thomas is like putting money in a jukebox. You get what you're paying for! As a side point, he is one of the most genuine and unaffected celebrities you will meet! 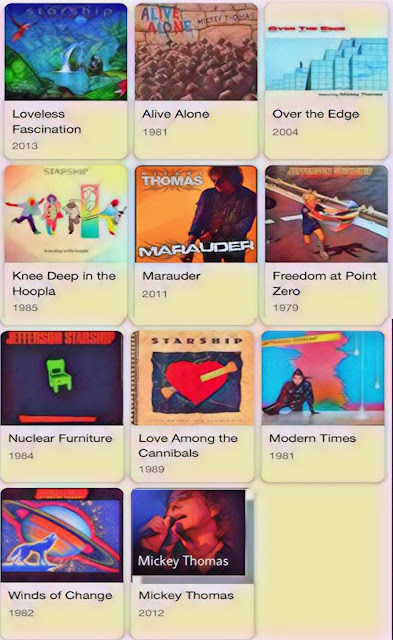 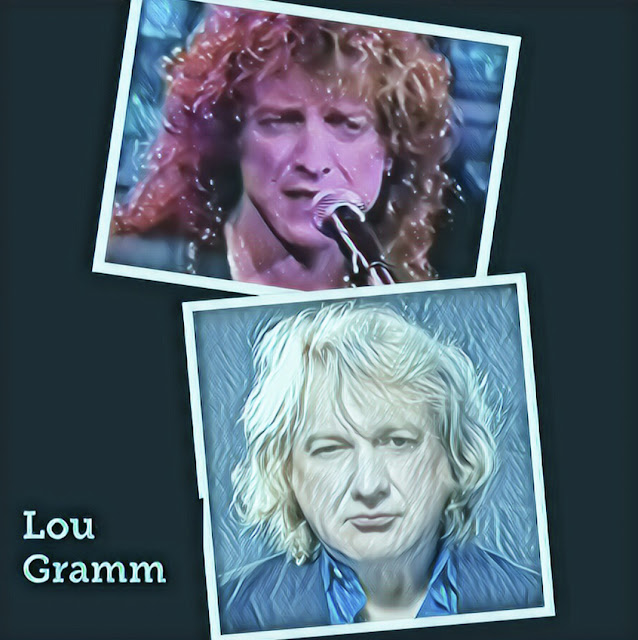 Lou is now 68-years-old. He is an extraordinary tenor with range and power that separates him from the crowd of rock vocalists. His story is as unique as his voice for in 1996, Lou discovered he had a life-threatening tumor in his head. Lou opted for a dangerous surgery in hopes of saving his life. The operation was successful, but unfortunately left him with a long road ahead of him before he was able to record and tour again. His recovery and efforts to regain his beautiful voice was onerous. Steven Zeitel, surgeon to the Stars, was not involved in Lou’s operation, but said:

Nothing in the human body moves with such precision and speed as the vocal cords. With that in mind, a brain injury could inhibit the process significantly.

Lou recorded and toured for years while relearning and rehabilitating his voice. 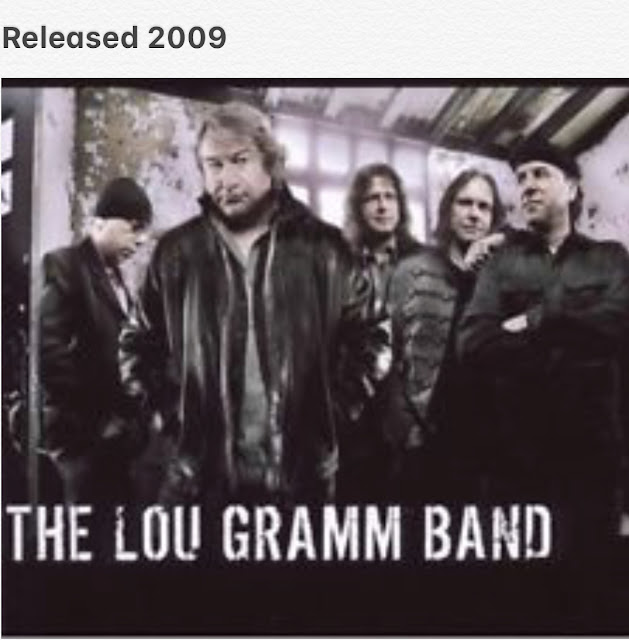 His fortitude and bravery transpired in front of God and everyone who came to see him perform after his surgery. In 2009, he released his last album and continued to tour. As time moved on, he became disappointed in a music business he no longer understood nor respected. I recently read Lou Gramm was hanging up his mic after all the painful struggles in an attempt to hear his beautiful voice once again.

Of course, you never say never when in the music business!

All the hard work, bravery and belief in his voice have put Lou on the big stage again with Foreigner as they pursue touring with the remaining original members. Godspeed, Lou. You are a blessed warrior! 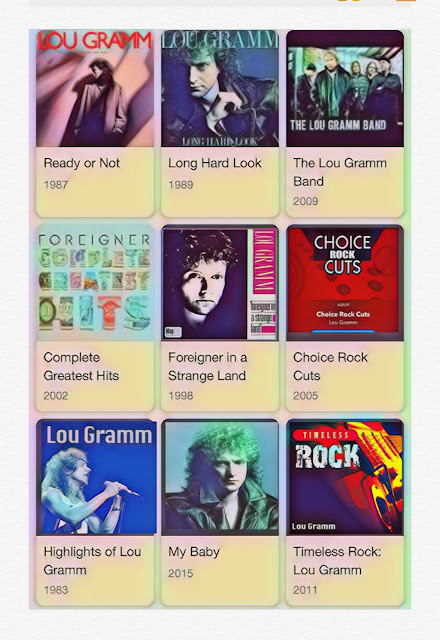 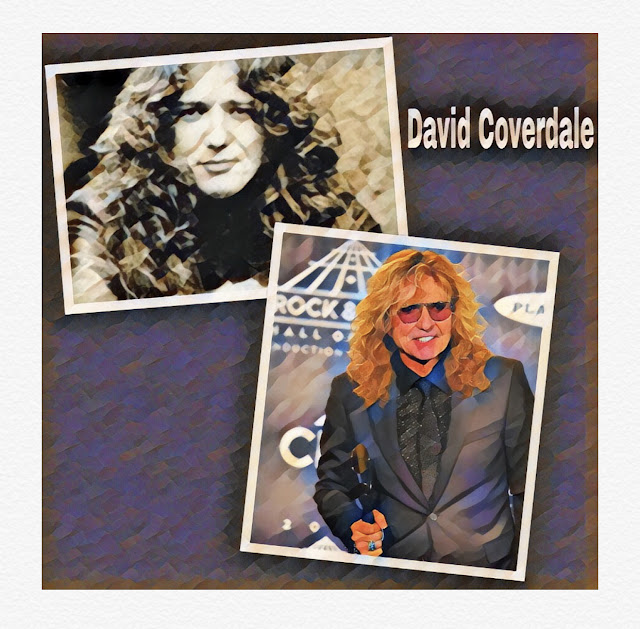 David is a 66-year-old rock singer inducted into the Rock & Roll of Fame in 2016 for his work as front man for Deep Purple from 1973 to 1976. As a vocalist for Deep Purple, he displayed a raw, dynamic power and range while utilizing his forceful, natural voice along with his melodic falsetto and screams. Coverdale has kept busy since leaving Deep Purple with solo projects, an album with Jimmy Page, and his latest band, Whitesnake! 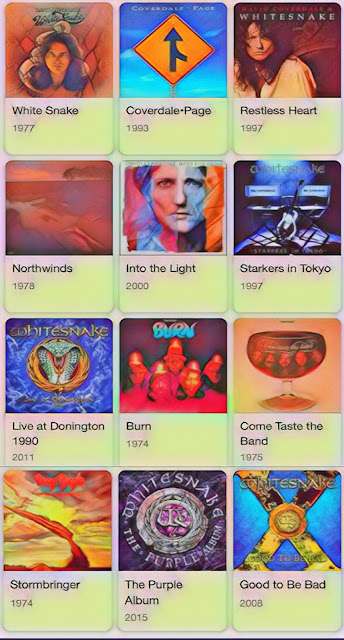 His work with Whitesnake has exposed us to even more vocal depth with a new warmth and fullness in his lower register while still maintaining power in his higher range.
From 1973 to date, David Coverdale has recorded new successful albums and toured extensively.

In 2019, David Coverdale and Whitesnake will release Flesh & Blood,their latest album of new material which will be followed by another world tour! 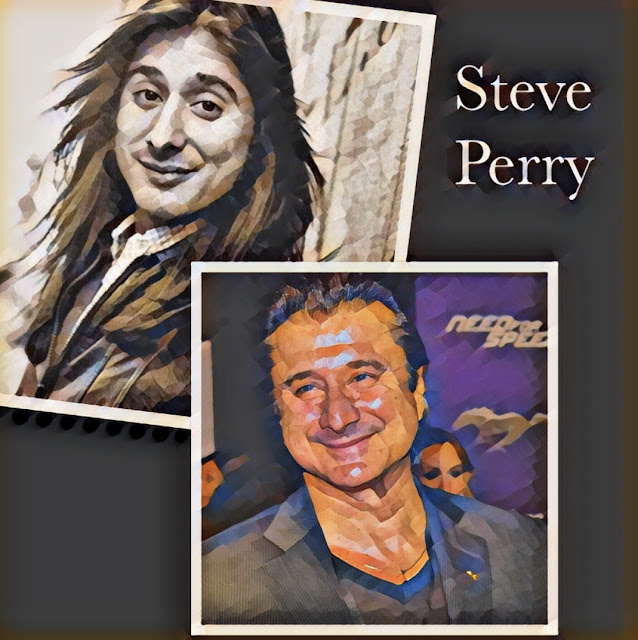 At age 69, Steve Perry arguably has the best voice on this list! He also comes from impressive lineage for he's a member of The Rock Hall as well as a multi-platinum, award-winning musician. The similarities seem to end there in that Steve Perry walked away from all opportunities to showcase his talents, while still in his prime, after the release of his last album with Journey in 1996. Steve has not recorded an album in 23 years, so we can only imagine what exquisite experiences his voice would have taken us on if he had continued. 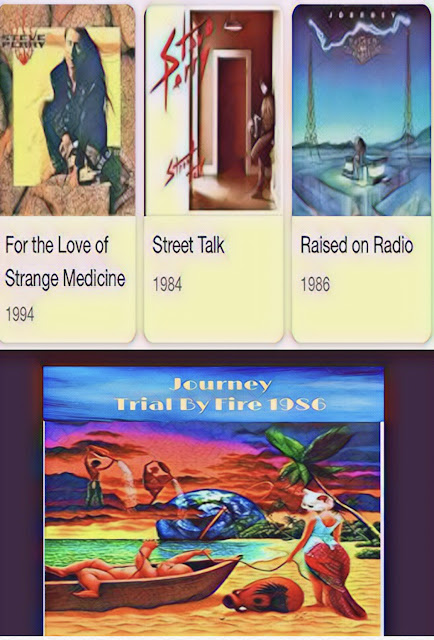 What could have transpired for Steve’s mind to convince his heart and soul to ignore his calling, to encourage him to turn his back on the God-given gift he has been blessed with?

To be honest, the business of recording, touring, and performing can become a very dark place taking more than one is willing to lose. In Steve's case, debilitating arthritis in his hip made it impossible to tour. Steve is not the first who needed to step away.

As I was writing this piece, Steve Perry made available, “No Erasin’,” his new single! Enthusiastically, I listened to the music I have waited to hear for over two decades. “No Erasin’," was inspired by the loss of a very special loved one so it’s an extremely personal story, although I found it callow as it lacked a lyrical maturity in expressing the deep, emotional turmoil he must have been feeling.

His voice still retains its beauty, passion, and pureness. I now better understand Steve’s magnanimous gesture at the Rock & Roll Hall of Fame induction ceremony when he declined to perform stating the current singer is the front man now and he should perform. That was a prudent gesture considering his current range would not have allowed him to sing in the original keys.

I'm curious as to what ensued to encourage him to undertake this arduous voyage at almost 70 years of age? Music aficionados, critics, fans, agents, promoters, managers, and peers will all have something to say about Steve’s latest effort, so one needs a thick skin and a true desire to perform again to withstand the positive and negative input that will follow.

Much like a great athlete, athletic singers who vocalize in the stratosphere are at their best when they are younger, stronger, and most athletic. Steve Perry is of this ilk; however, he is one of the best I've heard so I'm rooting for him!

Mickey Thomas, Lou Gramm, and David Coverdale performed and made records as their bodies matured and changed. They utilized their gifts, took risks, and fought through the many physical and mental obstacles an artist and his voice go through as time stole from them! In Lou Gramm’s case, an unforeseen tragic health issue hindered a once extraordinary instrument leaving a brave beast of a warrior who would not give up his attempt to erase the cruel facts of his situation.

The work, the regimen, the very exercise of singing live and in the studio keeps you on top of what you must learn, what you must change, and what you must do moving forward to retain what you have—all with the added dilemma of not overworking your voice. Rest and silence are a great ally to those who rely on their voice for their livelihood.

How can you know these things without experiencing them? After years of not vocalizing, there might be a foggy or scratchy sound in your voice that will take patience, vocal exercises, and carefully singing to curtail when desired—not to mention the time it takes on stage to get your sea legs back. Stage chops don't come overnight! It takes years to develop charisma, a dynamic, yet effortless presentation, and to simply appear comfortable on stage.

Aging singers can develop a warbling in their voice, a loss of warmth and consistency when singing in the keys their music was originally recorded in, and an overall lack of flexibility in the vocal cords. Usually, a warble is defined as an exaggerated or extremely wide vibrato. A quivering or shakiness in the voice might be an indication of other issues such as medication, health concerns, or simply fatigue.

Rock singing equates to torture to the larynx and violence to the vocal cords!

Like everything else in the body, this fragile instrument loses it power over time. Over the course of a singer’s career, millions of collisions occur to the supple bands of tissue located not only in the throat’s protective enclosure, but also in the larynx leaving scars and stiffness to the vocal cords.

Of course, then comes this question—if you really can't sing in the first place, the aforementioned infirmities really might help to add some character to your voice. Honestly, everyone can and should sing for it’s always been my belief that singing enriches the soul and, therefore, should be indulged in by all!

For the truly gifted, the magic has been there without having to break a sweat until the athletic years are behind them. Then, they must learn how to care for what they previously took for granted. For some, that prospect is too daunting to move forward. You cannot and will not remain brilliant if you don't have the heart for it.

As a fan and supporter, I feel honored to have listened to these extraordinary artists share their special abilities and I applaud them.

For me, singing makes me feel alive! I am blessed for having something of my own that brings others joy!

I do whatever it takes to be the best I can be.
At 76-years-old, sometimes that means just showing up! 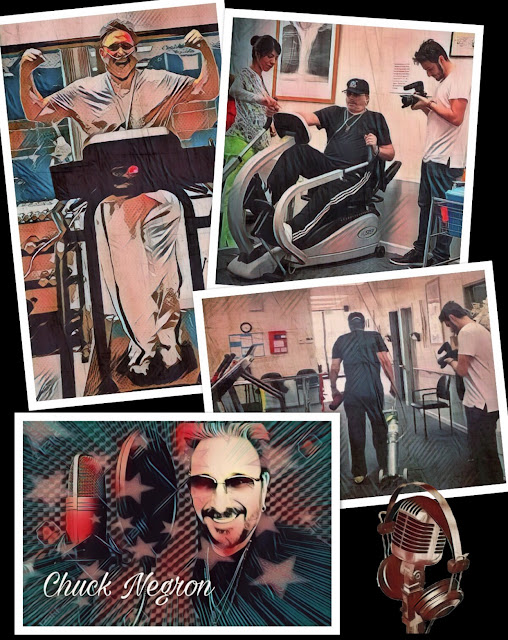 So, back to my initial question—can great aging singers still rock?