or simply adapting to social and career environment? 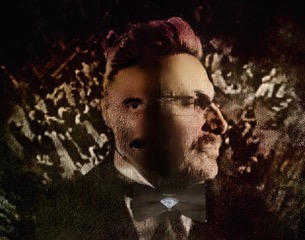 My earliest memories of the necessity to adapt to my circumstances was at home with my twin sister, Nancy, and my mother, Elizabeth. Mother wanted calm and quiet for she worked up to three jobs to provide for us. Being thoughtful was a requirement! This was my first of many encounters adjusting to my surroundings to better fit in and thrive.

The process of adapting can be more difficult as you mature, developing into who you ultimately will become and/or whom you perceive you are. That being said, it is not uncommon for introverts to become extroverts at their place of employment and other competitive settings, often without even realizing it!

If you find yourself bored to tears, you might peruse through information regarding the most accepted model on personality and the five basic personality attributes that can define us as individuals.

These “Big Five” traits all have a cluster of related traits that shape our emotions and behaviors in a wide variety of situations.

In 2014. Deloitte reported that 61% of employees do some form of “covering.” Though it has a negative effect on one's sense of self, it is seen as a necessary evil for career advancement. Employees don't want to hide who they really are, but feel they need to, due to pressures from leadership or company culture.

In an attempt to explore a personal belief, that I dramatically refer to as "THE PHENOMENON," I offer this somewhat crude and simplistic comparison of one facet of bipolar behavior as it relates to introversion and extroversion, specifically regarding the extreme differences between the highs and lows of bipolar disorder as well as the divergence of demeanor and conduct by introverts and extroverts.

For my hypothesis, I'm looking at what scenario best fits my multi-tasking subjects, how they best thrive, and what gives them energy.

“THE PHENOMENON” previously referred to occurs to those who at some point make either a subliminal or conscious decision to assume dual personalities in order to accommodate the two distinctly different and separate lives they now find themselves living! During these episodes of persona alteration, the time will inevitably come when there are no longer any attempts for balance, nor adaptation from career to family life, for a new, more dynamic, charismatic you is coming to life! A you that is now unwilling to share the spotlight with even the other you!

There is usually an imposing "Yin to the Yang," a harsh downside to this social experiment of self-indulgence and deceit. I found it fascinating observing the point when push comes to shove and it’s time to decide what character best suits your family and business associates, for your dual role is beginning to crumble them both!

Even more fascinating—many choose the character that least fits them, even though it has kept them in harm’s way with their family and peers, especially if they no longer see the world through sober eyes!  It is my experience most choose “The Extrovert” vis-a-vis the high mania experienced with bipolar disorder. 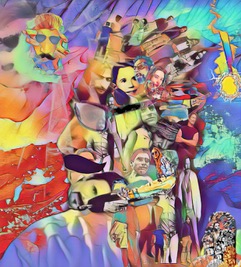 When someone is experiencing the manic highs of bipolar disorder, they feel overly excited and energized. They're unusually friendly, outgoing, and very productive. They generally report feeling incredibly good. During a manic phase, people feel on top of the world, as though they're unstoppable, invincible, and destined for greatness. Unfortunately, they also undergo compulsive behaviors such as binge shopping, excess use of alcohol or drugs, or promiscuous behavior to name a few.

Extroverts exhibit similar behaviors being sociable, talkative, action-oriented, and enthusiastic, but can also be easily distracted unable to be alone, and attention-seeking. Ultimately, are we capable of discerning who we truly are along with what persona most accurately represents us and feels the most natural and comfortable for us to sustain? Or, will we find ourselves swept away with the allure of fantasy and excess?

Possibly even more heart wrenching is having to assume an identity in order to fit in at a mundane, unfulfilling job or relationship.  What is the percentage of people who misrepresent how they think and feel, not only in their career, but in their most intimate relationships?

I found myself searching for the answers to some of these questions once I became a member of Three Dog Night, one of the most prolific and successful bands in Rock & Roll in the late 1960s and throughout much of the 1970s. Even in today’s landscape of successful artists, our achievements more than hold up!

You learn a great deal about people you travel with, live amongst, and depend on! In fact, you'll recognize the subtle, sometimes obvious, changes in them long before you're aware of the alterations to your own personality and moral compass.

It was becoming obvious that we all were making subtle adjustments to our image, possibly unbeknownst to us, morphing from one character to another. Accents changed as we traveled from The North to The South and country to country. We were having fun taking in this new adventure—seven musicians, one road manager, and a roadie crisscrossing America! At first, we were in a small, old bus and then in a station wagon.

It's unnatural to be adored, admired, respected, desired by people you have never met for they have no idea who you truly are! They definitely have their own idea of the magical person you are, someone you could never live up to!

The person I was becoming while on the road didn't compliment my life at home. As we toured more, it took time for me to become comfortable again with the slower pace and predictable routine at home. When I began to understand why I was uncomfortable at home, I attempted to mentally prepare for this drastic change and enjoy the time off in between tours.

The majority of my life was now spent touring, recording, making TV appearances, and the cornucopia of events made available to successful artists. For the most part, I spent my life in fourth gear and was learning how difficult it would be for me to downshift only to be required to rev it back up whenever necessary. Going home had become a reprieve from my real life, from recording, and from being on the road. Each time, it was taking longer and longer for me to acclimate, slow down, and adjust to the different physical and emotional pace that my family adhered to when I was gone.

As time passed, I realized many of my choices while touring had left me restless, irritable, and discontent when I was separated from them. It was becoming simpler, and preferable, to remain balls to the wall and the object of your affection! 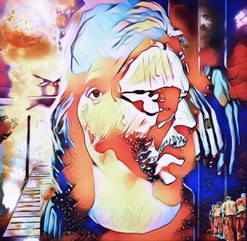 Now, I truly believe we all assume the most affable face we can and adjust to our circumstances when need be—It’s part of life! For the most part, people are kind, adaptable, and have the capacity to find their way through most of what life throws at them. The journey from quiet detachment to jubilance requires little more than a loving glance or thoughtful remark! We are blessed with the capacity to emote as many feelings and display as many personas as necessary for us to feel a part of something, to fulfill our rolls as partner, parent, lover, and business associate while still feeling good about ourselves.

Embracing coveted fantasies of great wealth, celebrity, and romantic conquests on the surface may seem more compelling than Sunday dinner with family and friends, but more often than not, there is nothing more fulfilling and comforting then being loved, accepted, and permitted to be yourself with the most important people in your life…