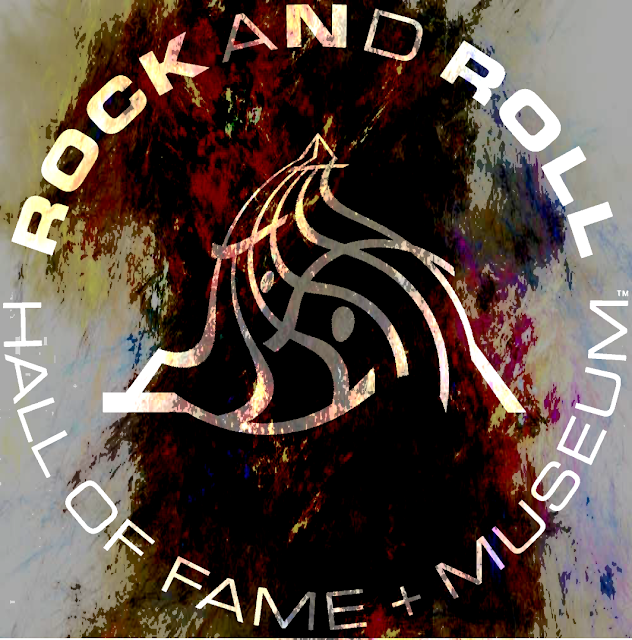 The Rock Hall Induction Criteria—Does This Subjective, Arbitrary “Standard” Echo the Beginnings of Rock When Artists Were Marginalized?

Initially, I don’t believe this was the intent. The Rock & Roll Hall of Fame was at first a DREAM—a vision of men and women whose primary purpose was to honor not just musicians, but all of those who gave so much to build and expand the industry. By reaching milestones of both artistic and commercial success that advanced the medium, the bar was raised artistically, economically, and socially for those to come. Unfortunately, that is not their mission.

I'm finding it difficult to arrive at a positive reason for which The Rock Hall chose to establish a more subjective and arbitrary standard for nominations and induction instead of existing and recognized criteria already being utilized by other Hall of Fames. Somehow, The Rock Hall saw fit to reinvent the wheel and established precarious guidelines void of tedious and mundane facts, milestones, and statistics.

I imagine vetted data and factual evidence of achievements would hinder one's ability to honor those who would not endure actual standards and impartial scrutiny, hindering The Rock Hall from continuing their nepotism. The inconsistent actions of these voyeurs of Rock & Roll are suspect, and unfortunately reminiscent, of the carpet baggers who arrived on the Rock scene in its infancy. Reflecting on those opportunists who viewed not only this new genre, but also the young musicians who created it as naive and vulnerable, maneuvered many into unethical contracts leaving behind broken dreams and empty pockets. Those were the days when Rock & Roll was similar to war in that it was built on the backs of the disposable.

The reality is these individuals are still prevalent in and around music. Sadly, it appears some have found a home at The Rock Hall. They exhibit a Pavlovian dislike, and visceral reaction, to hugely successful artists that in their view are insignificant, commercial, or not eligible for reasons only they are privy to. It has been noted there are individuals at The Rock Hall who frown upon artists who didn't pen their own material; thereby ignoring the historical evidence that early Rock records were actually covers of old blues songs and standards from previous generations adapted to fit this new genre!

The alliance between writers and artists helped build
what is now Rock & Roll!

Even so, many great Rock & Roll artists who did not write their music rightfully avoided this scrutiny and have been inducted. The list includes Jackie Wilson, Janis Joplin, Dusty Springfield, Elvis Presley—“The King,” The Temptations, The Supremes, The O'Jays, The Drifters, and The Four Tops to name a few.

That being said, the subjective nature of the induction process opens the door for prejudice, favoritism and compromise, which affords all concerned the flexibility to ignore their own guidelines and predilections.

Another unfortunate fact is that many artists who were instrumental in creating and furthering the different genres that made up Rock & Roll in its infancy are being passed over simply because of their limited ability to sell tickets to the Induction Ceremony. One year, a Doo Wop group was bumped, even though they had more votes than the act which replaced them. In 2007, Grandmaster Flash & the Furious Five, who are ARGUABLY NOT Rock & Roll and barely fulfilled the 25-year eligibility criteria, were inducted for their ability to fill seats!

Even The Beatles had to wait seven years after
they were eligible to be inducted!

Musicians who have given their lives to making music, having been blessed with illustrious careers, expanding the boundaries of the genre, are once again faced with those who would marginalize and cheat them!

More Gold Than The Stones!
Bigger Crowds Than Creedence!
Fatter Purses Than Elvis! 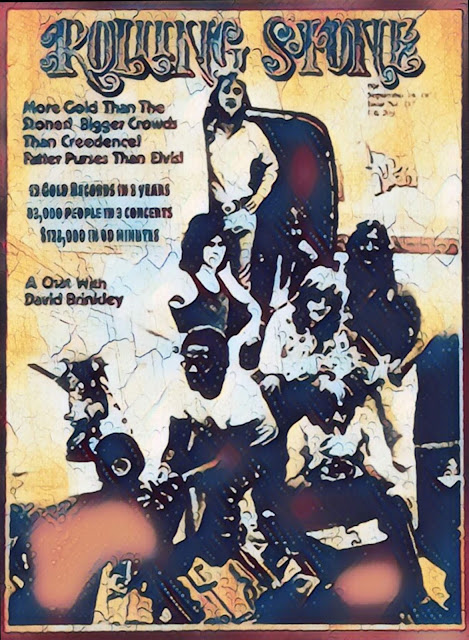 If there were standards of excellence, specific achievements that must be attained to qualify for induction into The Rock and Roll Hall of Fame, what would they be?

Unfortunately, the aforementioned achievements are irrelevant since

Statistics are NOT relevant!

The Rock Hall elitists opt to play by their own rules and would rather perish than honor those they see as the bourgeoisie. Furthermore, they feel Gold and Platinum Awards, industry milestones, and record-breaking achievements are inappropriate guidelines for acceptance to The Rock Hall, but instead prefer conjecture, opinion, personal taste, and the artists’ influence on Rock & Roll which is totally subjective. Sadly, those with obvious credentials, but less cachet than these luminaries are comfortable with, are never even put on the ballot!

The following is not an artistic judgment, but merely a comment on the inconsistent and ambiguous voting guidelines
employed by The Rock Hall.

I praise all the inductees for being honored by a business that has been known to take more than it gives.

The Velvet Underground never had a charted record on the Billboard, Cashbox, or World Record Top 100 charts.  They weren’t a successful touring act either; however, they are enshrined in The Rock Hall due to their contribution to furthering Rock & Roll. If the reality is that virtually no one bought their album or saw them live (I did!), then I’d like to know how their influence on Rock & Roll was calculated and determined?

Throughout the years, Rock and Pop became so sophisticated in its production, song writing, and artistic performances that it was literally out of reach for most aspiring musicians. We lost sight of the days when Rock wasn't tethered to one's limitations or musical expertise, writing, or vocal skills for Rock & Roll was born of rhyme, soul, young love, heartbreak, rebellion, raw passion, and all things innovative.

The listener was tuned in and turned on by how the music made them feel as much as the vocal and musical mastery of the messenger.

Inevitably, the freedom which Rock & Roll encouraged from its beginning, coupled with overproduced records and manufactured artists, opened the door for Iggy Pop, The Ramones, and The Sex Pistols—all of whom became an intricate part of a blossoming new music.

Often an artist’s persona is defined as much by their shortcomings as their assets for that's what makes them unique. You don't have to possess the ability to dunk to play basketball!

Warren Zevon, a roommate of mine in the 80s, said to me after hearing a Grateful Dead song on the radio, “This is music for people who hate music!”
So many points of view derived from different perspectives and levels of expertise. Ones man's Beatles is another's Velvet Underground!

A Synchronicity of Influences

I put forward this hypothesis:

Music and musicians are all connected and influenced by the many varying genres, artists, and writers who came before us.

We have inevitably been influenced and emulated an artist we have never seen or heard. We are inspired by musicians mimicking those artists, over and over again as one artist is inspired by another and so on, etc., ad infinitum.

Each new sound, new song, or new artist is composed of a cornucopia of musical influences presented in a fresh new way! We are all linked by our love and respect for music as well as the individuals that bring it to life. To give credit to a specific musician or group for their musical influence might be lacking in historical perspective for we influence each other.

That being said, there are always leaders, the best of the best,
who we all learn from! 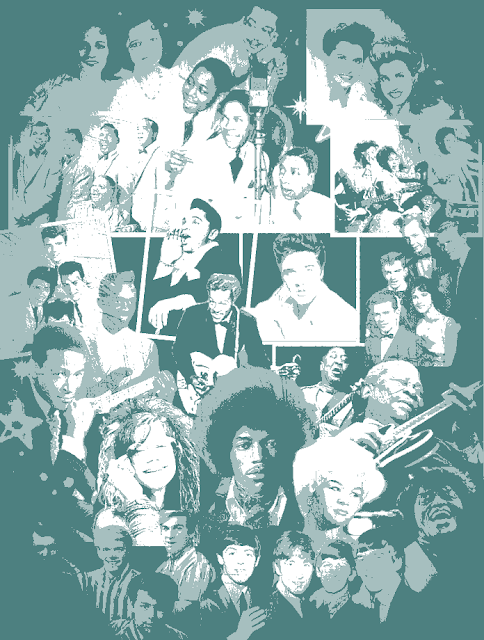 In the 1940s, girl groups were embraced by our soldiers in Europe, in the South Pacific, and at home. The Andrews Sisters, Boswell Sisters, and The Chordettes established a formula that female groups would emulate for decades to come! The 1950s and early 1960s girl groups were in heavy rotation on every AM station in the country. The Shirelles, The Chantelles, The Shangri-Las, and The Ronettes led the way for The Bangles, En Vogue, Destiny’s Child, and The Spice Girls in future generations.

The Golden Gate Quartet, a 1930s vocal group, was credited with pioneering the Jubilee Gospel sound as well as influencing Doo Wop vocal groups to come. The 1940s gave us The Mills Brothers, The Four Vagabonds, and The Ink Spots setting the stage for Doo Wop groups that helped define the 1950s and early 1960s including The Cadillacs, Five Satins, Drifters, The Passions, and Dion & The Belmonts. Jazz and Pop influenced The Skyliners, who wrote their own hits, featured one of the most unique, lead vocalists of the day—Jimmy Beaumont, and were followed by The Dells, Stylistics, Chi-Lites, Four Seasons, and Manhattan Transfer from the mid-1960s and 1970s that then inspired the phenomenon of "Boy Bands" from the 1990s into the new millennium.

The 1960s Rock grew by expanding not only musically, but became socially relevant. The musicians of this generation forged ahead creating astonishing new sounds on their instruments that advanced their music to an extraordinary level of skill and commercial success. Johnny “Guitar” Watson, Jimi Hendrix, and Eric Clapton established an exciting and unique sound born in part by R & B, early Rock, Country, Rockabilly, and the great Blues artists from the past and present that included Robert Johnson, Muddy Waters, and B. B. King. 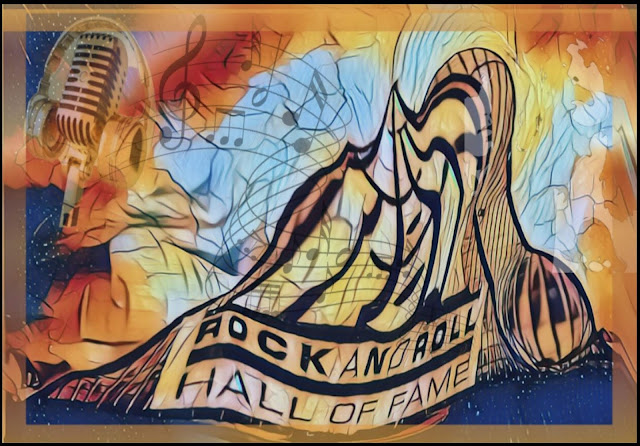 The Rock and Roll Hall of Fame was founded on April 20, 1983, by Atlantic Records President, Ahmet Ertegun. Since The Rock Hall started, Atlantic (or Atco) Records represents 17% of the artists who have been inducted into The Rock Hall.

Following Atlantic Records, we have:


The thousands of remaining record companies make up the remainder of those inducted into The Rock Hall.

Sadly, the continuation of bias, as well as the lack of credible criteria, for nominations still thrives. This is an acceptance of mediocrity perpetuated and immortalized by those too affected to be impartial.

It comes to mind that a comparison can be drawn between The Rock Hall and The Fight Game, or boxing. The similarities being that boxing has criteria for establishing the winner, but these criteria can also be subjective. At times, when put in the hands of those who have an agenda, the outcome is questionable, unfair, and not embraced by the public as a legitimate endeavor in spite of the extraordinary talent involved.

This is how many now view THE ROCK HALL!