Beauty Is As Beauty Does

BEAUTY IS AS BEAUTY DOES 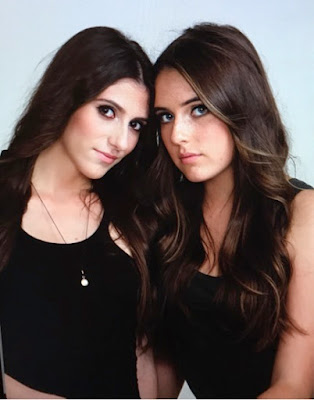 I think we all would agree attractive people seemingly enjoy a more positive, fulfilling existence than people with different, or less conventional, beauty. Beauty can be compelling and in its extreme--intoxicating. Everyone is beautiful in a uniquely compelling way, but some beauty can be diminished when different from the current look being promoted by the beauty industry. Throughout the world, the perception of beauty is varied, for it is viewed through the eyes of different traditions and cultures.
Beauty Around The World 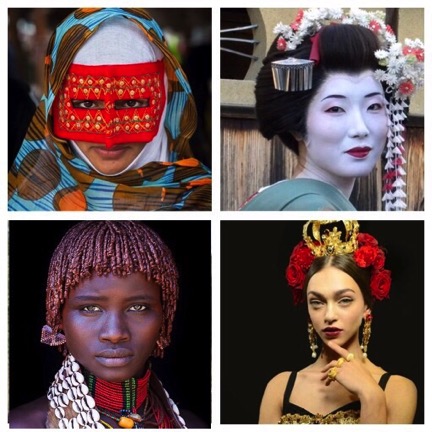 That is changing, however, from a more universal view of beauty with less cultural influences, ethnic roots, and individuality to a more standardized view that is being manipulated by the beauty industry.

Beauty is in the Eye of the Beholder

A phrase that dates back to ancient Greece holds true today. Even my twin sister and I had different ideas of what was beautiful. In fact, I have always seen beauty where others see none!

According to Dictionary.com, beautiful simply means,

"Possessing qualities that give great pleasure or satisfaction to see; delighting the senses or mind."

So it would seem beauty, in itself, is a positive and, most definitely, a desired commodity. I intentionally chose the word commodity, meaning "merchandise, object, or thing," because throughout the world, beauty is a billion-dollar business that has created its own perception of what beauty is, narrowing and stunting the full potential and reality of what beauty truly is.

This decade, more than most previous periods, the fashion and beauty industries have broadened the scope of merchandised beauty by utilizing physical traits previously avoided such as extremely freckled faces, gaped teeth, and vitiligo. 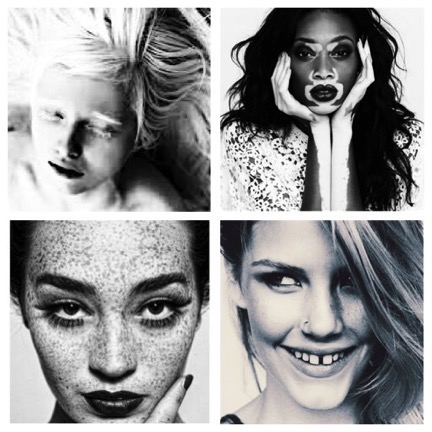 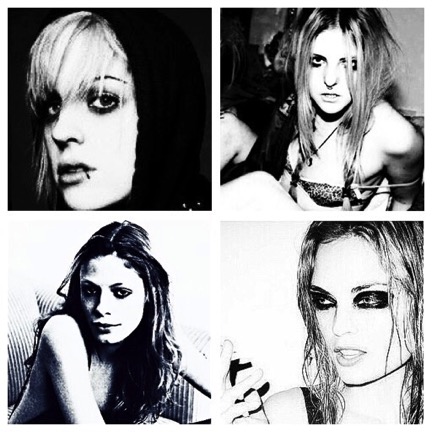 A deplorable example of how far the beauty and fashion industries will go to create or sell a look is "Heroin Chic." This campaign, started by Calvin Klein in the 1990s, was based on models appearing to be heroin addicts and exploiting this sad situation with complete disregard for the negative influence it might have on impressionable youth. For a respected industy to embrace pale, sickly girls who intentionally appear to be using drugs is pathetic and exposes them as unethical and evil! I have never seen a fashion campaign that was as reckless and unthinking. Lost in their own world of depravity and excess, they thought it was campy until one of their own, Davide Sorrenti, a 20-year-old fashion photographer, died of drug-related issues.

In the mid-1960s and 1970s, young ladies began wearing minimal, or sometimes no makeup, producing a fresh, natural look. The girdles and body armor of previous generations were removed accentuating the beautiful silhouette of the modern woman. 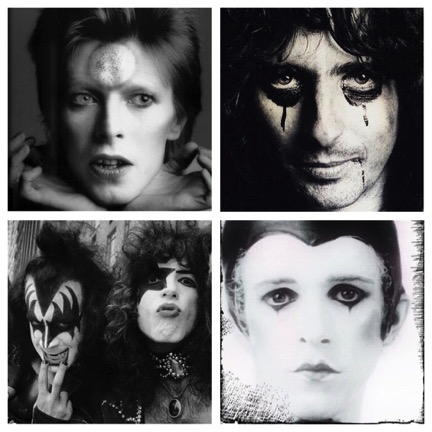 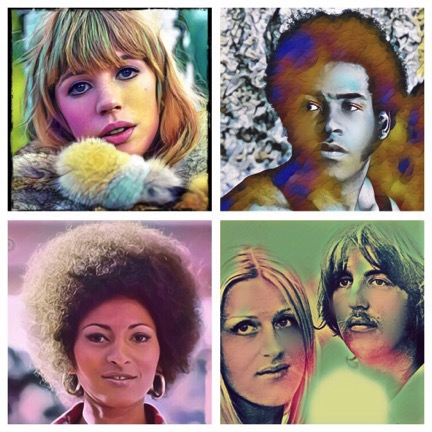 In 1969, young women were exquisite without the use of heavy makeup or exaggerated hairstyles. With their long hair, unencumbered bodies, and colorful attire, they helped change the perception of beauty.

This generation seemed to possess an innate awareness of right and wrong. They were passionate concerning human rights, not only for the underprivileged and persecuted in America, but around the world. The Vietnam War generated an inflexible discourse and divide among families, friends, veterans, and Americans in general. 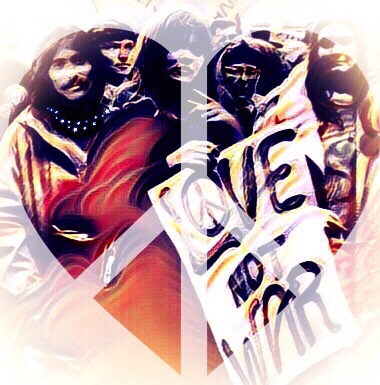 
The youth of the 1960s and 1970s embraced having a voice in their future as they were liberated from the mundane status quo. They were "The Beautiful People," yet to society as a whole, they were dissident hippies with no redeeming qualities. These "Hippies" would one day change the world with a brash, business aptitude and uniquely, creative minds.

It was a sexually liberating time in our history in which sexual emancipation was the order of the day. Although, I must admit, I found aggressive females unsettling and, at times, intimidating, due to my unfamiliarity with girls who openly expressed themselves on subjects once seen as sensitive or awkward.

Articulating our feelings was important, for we had come from a generation of parents who endured in silence, no matter what difficulties arose, they never were discussed. These events eventually became secrets that had the ability to create a dysfunctional family unit. The 1960s were a time of exploration in hopes of experiencing life differently than our parents or grandparents. We did not mind hard work, for we had learned that from our parents, but we wanted our fair share of the profits.
"The Sexual Revolution" had arrived!

How can we equate beauty to character, or the lack thereof? Can beauty in itself be superficial? Of course not, yet in the enclosed proverbs there are clear inferences that being beautiful somehow makes you shallow. Beauty is determined by our ancestry, our DNA, and is arbitrary with no connection to morality; therefore, you should not infer beauty can be a contributing factor to a person's character, nor should those perceived as beautiful be precluded from being intelligent, caring human beings.

My observations on this hypothesis of beauty getting a bad rap, vis-à-vis enclosed proverbs, stimulated me to slightly expand the examples to include imagined beauty where there might be none. I incorporated the idea that celebrity can create a perceived beauty, or beauty by association. Those affiliated with affluent, successful, and famous individuals seemingly have invented an attractiveness and charisma that is not really there.

The aforementioned, as well as the following proverbs, have been around for ages, yet in today's politically correct environment, they may appear biased and skewed.

This proverb means that character is more important than beauty, as if attractive individuals have questionable character, intellect, or spirituality beneath their beautiful exterior. Being different is always difficult, and that holds true for attractive people. More often than not, people who pursue attractive individuals are not looking beyond the unique enticement that beauty presents.

To be impartial, the following proverbs also describe someone who is not physically beautiful, but under the surface, you will find a special lasting beauty of character and kindness.

"Everything Has Beauty, But Not Everyone Sees It"
Confucius

"You Can’t Judge a Book By Its Cover.”
First recorded in the Piqua Democrat newspaper (June, 1867)

This is the crème de la crème! Truer words were never spoken. Could this proverb be insinuating that nothing is what it seems? I feel this adage also refers to beauty in a negative fashion by inferring that beyond the veneer of beauty may exist something unattractive. To be fair and accurate, these words of wisdom are also saying, you cannot know what anything is by simply looking at it.

"Do not lust in your heart after her beauty or let her captivate you with her eyes."
Proverbs 6:25, Holy Bible (NIV) With all the pathetic actions perpetrated around the world every day, we need more beauty emanating from us and to us!
SaveSave
Posted by Chuck Negron at 11:21 AM 2 comments: